Right in the middle of Edinburgh stands the majestic Edinburgh Castle.  I thought it might be only a tourist attraction, but it is far beyond that.  Built in the 1100s by King David I, son of St.Margaret of Scotland, the castle has bounced back and forth between English and Scottish hands, since whoever occupied the castle had control over Scotland.

One major battle was in 1571 while Mary, Queen of Scots, was in power  She had been next in line to the throne of Scotland because she had been the daughter the King James V of Scotland.  King James V died, legend says because he found out his “heir” to the throne was a girl and not a boy. Mary’s mother, afraid (and rightly so) that someone would try to harm their six day old daughter, decided to raise her in France while regents ruled her country. She eventually married Francis II and became Queen of France and Scotland at the same time.  When her husband died, she returned to Scotland to reclaim her throne.  She then married in Scotland, but her unhappy marriage ended in her husband’s death by explosion.  A month later, she married the man suspected to have caused the explosion.  The people rose up against the couple, partly because of the scandal, and partly because they were now a Protestant nation with a Catholic queen. She was forced to abdicate the throne to her one year old son, James VI. She was imprisoned in Loch but escaped with the help of a 3,000 man army, and requested asylum from her cousin, England’s Queen Elizabeth I.  Instead of help, she got a nineteen year imprisonment, followed by a beheading.  When she died, this was found written on her wrist:  “In my end is my beginning.”  She was right.  Her son, James VI, later came to England and became James I, King of England AND James VI, King of Scotland.  He had been raised Protestant in her absence, but he built a memorial to his mother, and her story lives on.

One of many things I learned while touring the castle is that soldiers caught during the American War of Independence, which is what the United Kingdom calls our Revolutionary War, were shipped to Scotland and imprisoned in the dungeon of Edinburgh Castle.  Prisoners of War from France were imprisoned there too but had much better conditions for two reasons: The French Army sent money in exchange for better treatment of their POWs, and the American prisoners were considered treasonous rebels, not prisoners of war.

Today, Edinburgh castle is still a military installation, as well as the home of three very important artifacts:  The Crown Jewels, originally designed for Mary, Queen of Scotts by her father; the royal scepter, and the stone of destiny.  It is said that all royalty of Scotland should keep the stone of destiny nearby to remind them of the land from which they have come.  The 335 pound stone is a simple block of limestone in its original natural shape and fitted with rings so that it can be carried by an iron bar.

Since I was at the castle during the anniversary celebration of the Jubilee of Queen Elizabeth II, I got to witness the changing of the guards, a 21 gun salute, and a beautiful concert by the Scottish military band.  Queen Elizabeth II was not present, sadly, but several British dignitaries were, and they thanked each and every band member personally.

If you’re ever in Edinburgh, DO pay the $18.50 to tour the castle.  It will be worth your time.  And when you’re tired of walking around and reading all the fascinating information, go to the whiskey shop for a taste of Scotch whiskey, the best whiskey in the world.  It’s against the law for shops to sell whiskey aged less than 5 years, but 10-12 is average.  Lowland whiskeys are a bit milder and sweeter, while the Highland whiskeys have more of a bite.  All are amazing, and yes, I do know that from experience. 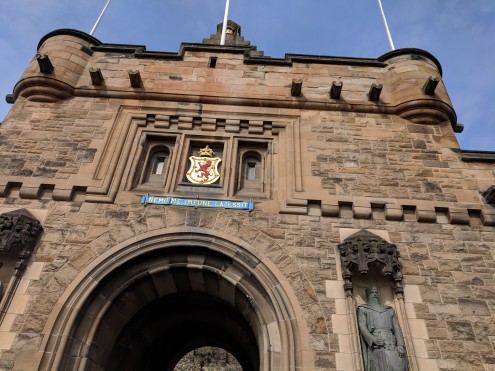 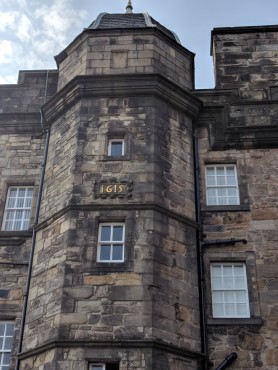 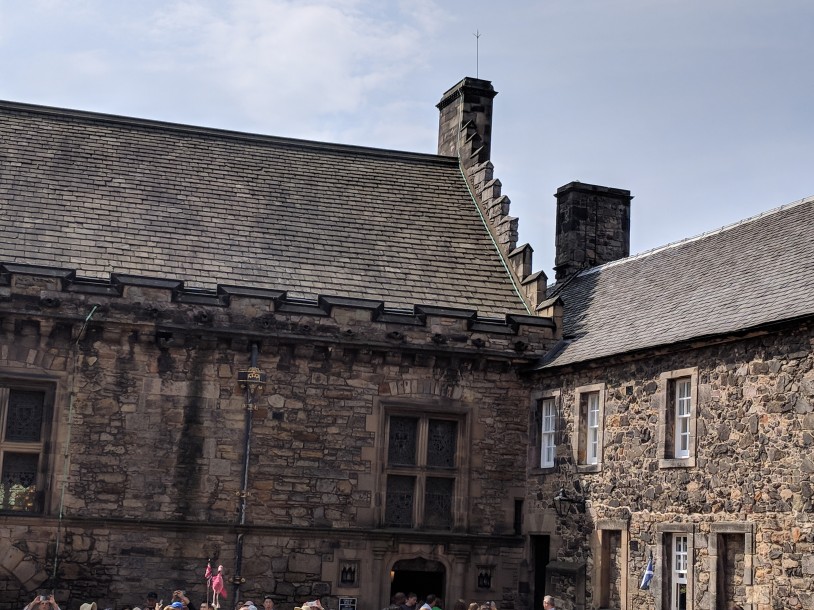 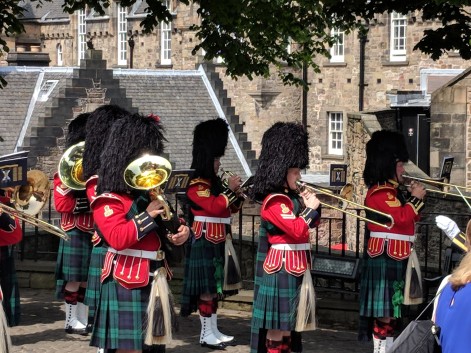 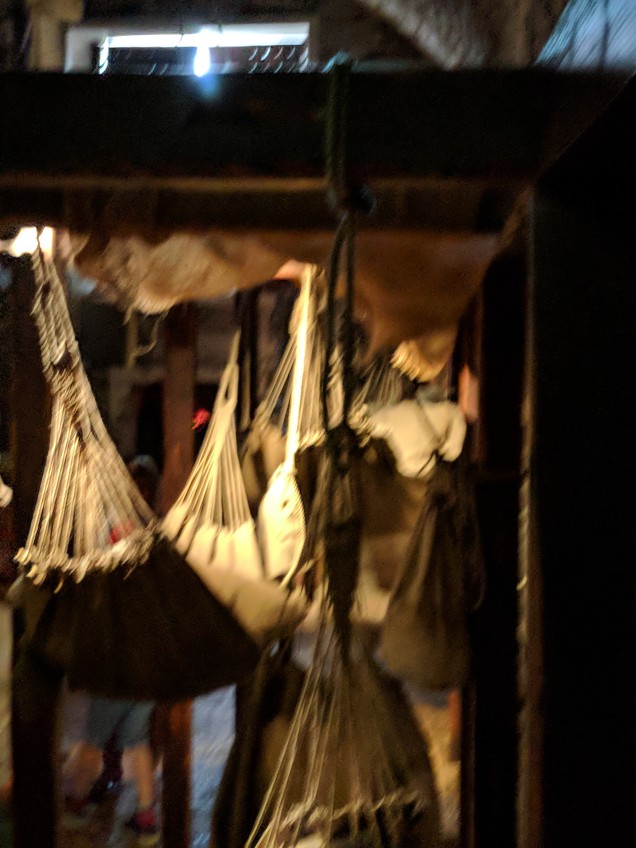 I am a child of God, a wife, a mother, a teacher, an Expedia CruiseShipCenters franchise owner (along with my husband), and a blogger. I love to take pictures and write, which comes in handy in all of these roles. Life is worth remembering! View all posts by Teri Beaver